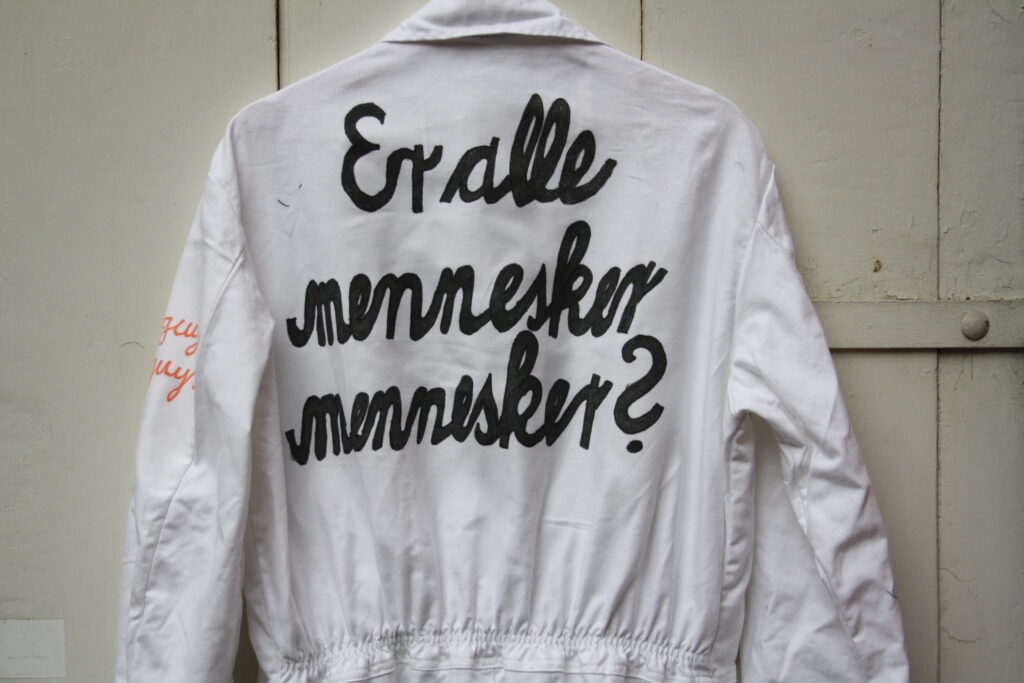 Are all human beings human beings?
2018-2019
Art-happening
25 pop-up shows in front of the Danish Parliament

The restrictions towards immigrants and refugees settled in the Danish Finance Law 2019 were the immediate motivation for this 5 months long art-project – but the law itself was just another statement in the escalating radicalization of the view upon man in Danish politics in general and particularly in relation to immigrants and refugees. It became time for me in public to question this view upon man and its consequences.

The first happening was the 13th December 2018 and since then running 1½ hours every Thursday until 30th May 2019 – the last Thursday before the parliamentary election. The happening was organized as an intermediate open-air gallery in front of the government building at Christiansborg Square. A white tarpaulin was often acting the floor. I myself was acting the information coloumn, carrying a white boiler suit with the name of the project “Er alle mennesker mennesker?” on the back. During the whole period I added in different colors and all over the boiler suit the names of participating artists and their works. As gallerist and artists and situated in this everyday context, we called the passing people’s attention, invited them to investigate the artpieces to let this become the point of departure for sensing and conversations about art, conceptions of man and society and their consequences. Categorization, powers of categories and questions of belonging were frequent subjects. It is my hope, that the 25 happenings have left a mark in the mind of the many passing people who kindly invested themselves and their time in the project.

Thank you to the participating artists Irene Kejser, Grethe Nielsen, Hans Jørgen Bendixen, Bjørn Ignatius Øckenholt, Bolette Lykke Kehler and Pia Obel for involving their art and themselves in this restricted context. Further, thank you for encouraging and helping me to realize the project. 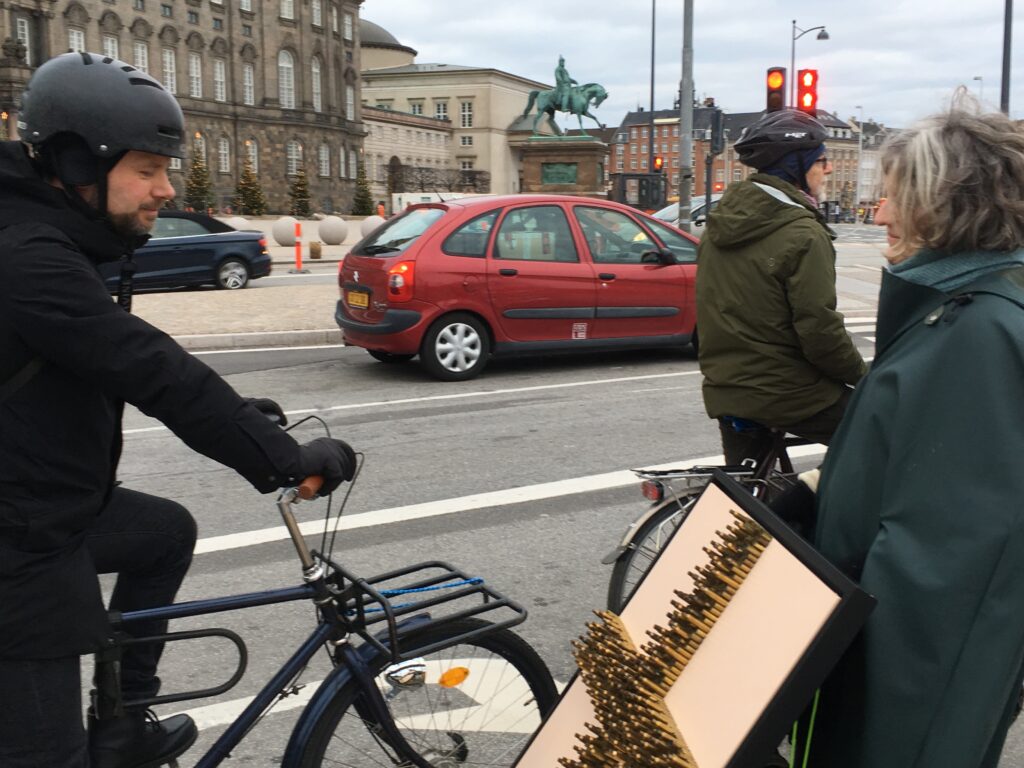 … still waiting for my white boiler suit to arrive … 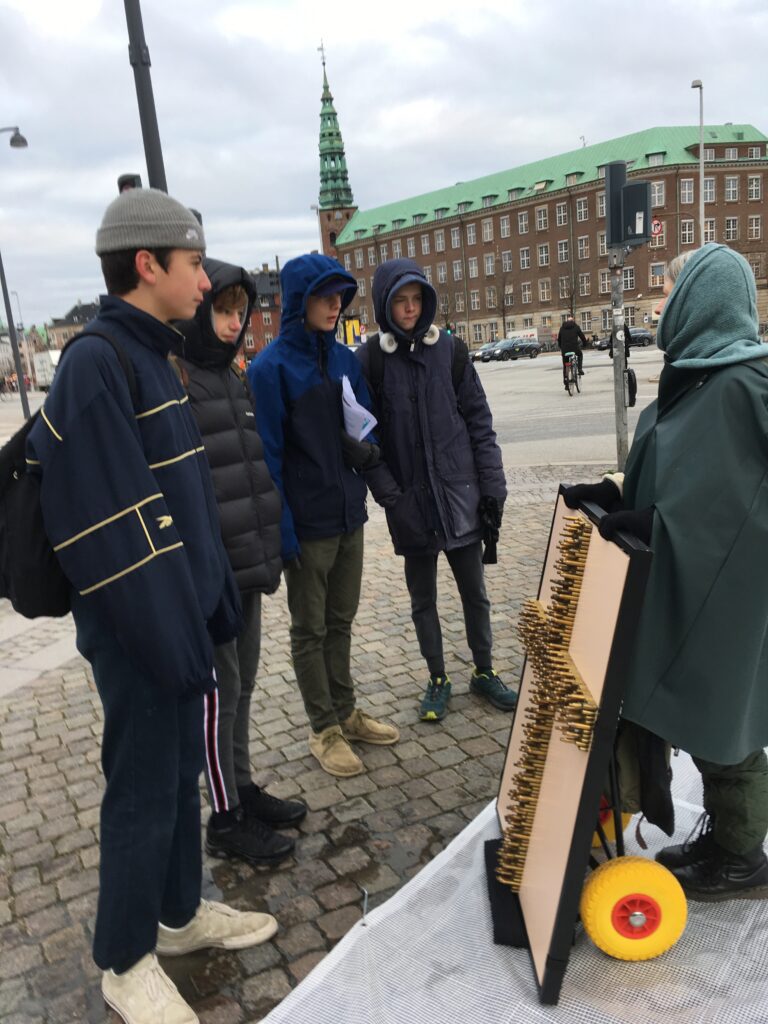 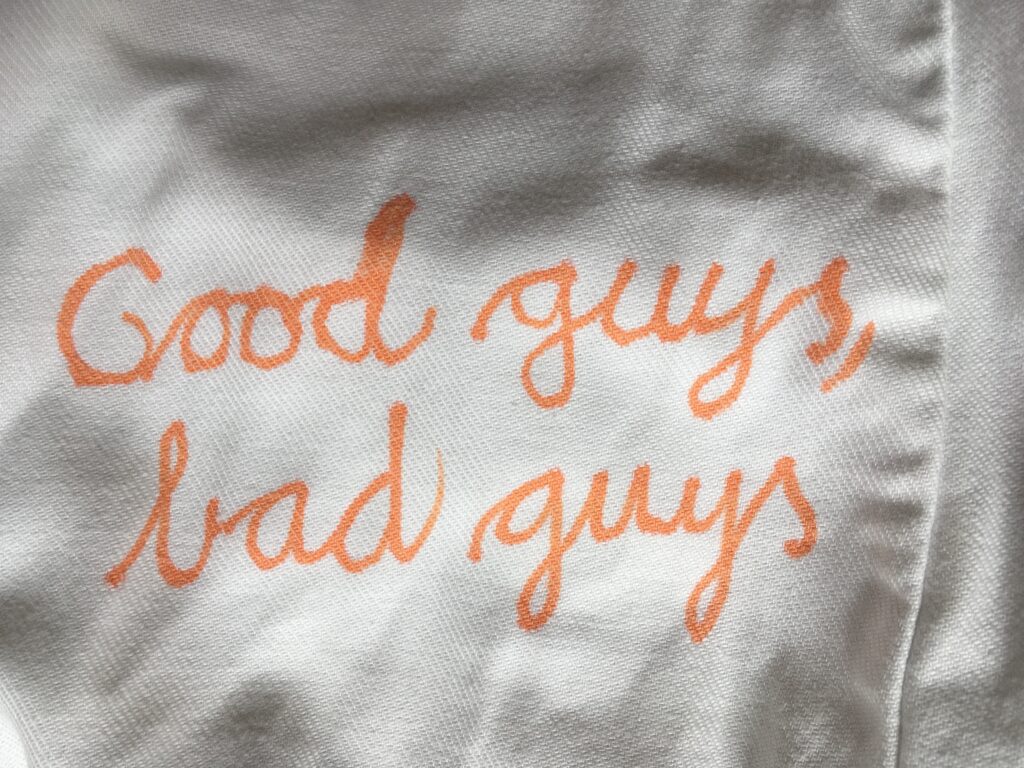 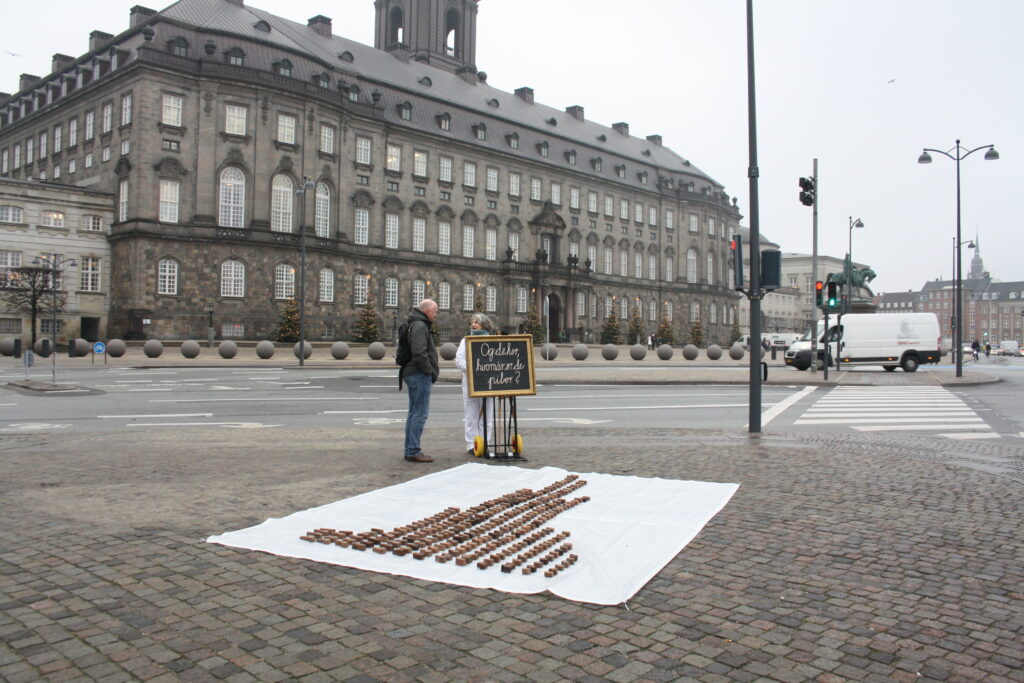 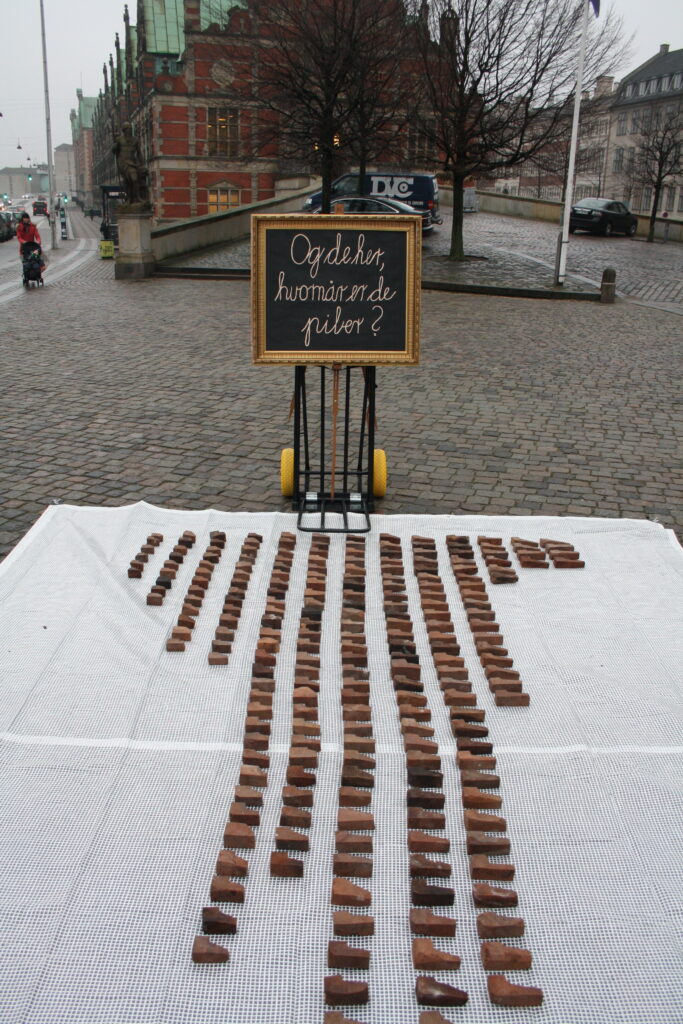 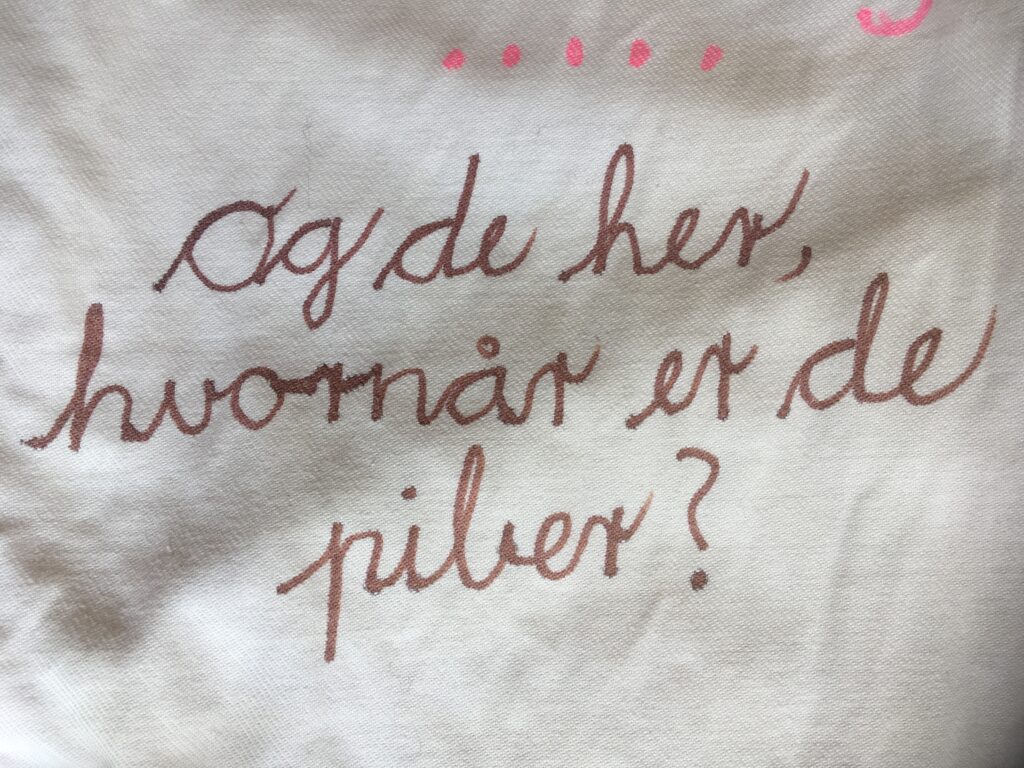 An update with pictures from each happening is on the way…